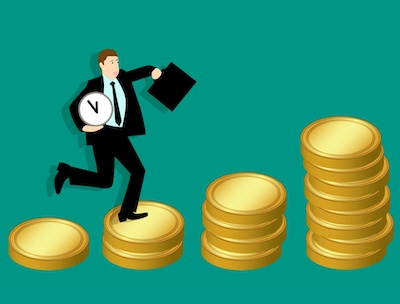 Members may have seen recent updates about the evaluation of the USS pension scheme. Central UCU have promised further updates shortly, but we thought an update would be helpful. Along with other branches and central UCU, Keele UCU believe that neither the USS 2020 valuation nor the governance of USS are fit for purpose. Echoing other branches who have raised these points, we also believe that the behaviour of the Pensions Regulator contradicts its remit; the below is paraphrased from a helpful report by Kent UCU who have compiled useful materials that help to make sense of some of the confusion!

In 2019 UUK (the organisation representing employers, including Keele) stated in a Financial Times article that they had ‘full confidence in the way the giant USS scheme was being run’. Things have since changed dramatically. In a critical response to the recent valuation, UUK have publicly written to USS to call for a review of this process. They have described the valuation as ‘unjustified’, ‘unnecessary’, and ‘unaffected by the evidence presented’. These criticisms are based on evidence including the actuarial report by Aon for UUK, which describes the valuation as ‘misleading’ and a ‘hall of mirrors’. This has led UUK to write to the Pensions Regulator and state: ‘we are particularly concerned about the influence of the Pensions Regulator on the USS Trustee’ and ‘we have seen little evidence to date that there is focus on your statutory objective’. The UUK consultation document explicitly states that ‘scheme governance is long overdue a review’.

Despite these concerns, the USS Trustee, which has total power over the £80 billion in assets of the University sector pension fund, responsible for the pensions of over 400,000 people, has refused to conduct a review as requested by employers and employees as represented by UUK and UCU.

As a result of these developments, UUK are now consulting employers on a substandard valuation.

All USS Defined Benefit pensions accrued to date are guaranteed, firstly by the collective strength of the HE sector and then by the Pension Protection Fund. However, as explained by Sam Marsh, the USS Trustee has forecast such low asset returns that a shortfall of between £15-18 billion is estimated. As discussed by Neil Davies, the approach adopted by the USS Trustee in making this valuation thus does not seem to be based on genuine evidence but engineered to support their predetermined narrative that the scheme needs to change.

As a result, the USS Trustee is now claiming that either huge contributions or hugely detrimental benefit reductions are necessary. The claims have been met by widespread public criticisms, and are considered ‘misleading’ by all stakeholders. The proposed contributions are all unaffordable, and there is widespread agreement, including by Mike Otsuka, that the UUK proposal to cut benefits are ‘insulting and provocative’ as described by Jo Grady, UCU General Secretary. The UUK Aon proposed structure is a more expensive version of a proposal made in 2018, implementing a significant deterioration in pension benefits. This proposal should be rejected on the grounds that no one should agree to have their pension devalued by 20% as a consequence of valuation that is not fit for purpose.

What can we collectively do about it at Keele?

You will probably have seen different surveys circulated to solicit opinions about these changes, from Keele themselves as well as from UUK. The UUK survey template asks vague questions about ‘flexibility’ and ‘concerns’ but without context and as such responses could easily be misinterpreted. There are no questions that allow staff to give views on governance reforms, conditional indexation, there is no opportunity to share thoughts on options such as legal action or political lobbying or industrial action. Keele UCU were not consulted on the survey and have raised extensive concerns with senior management.

We are fully aware of the overwhelming complexity and the time available to people to commit to forming views. On top of the initial valuation documents, the consultation documents alone are over 200 pages long. They are unnecessarily complex, obscure and misleading. There is considerable work to do to unpick the nonsense from the small amount of useful but disjointed information. Central UCU have promised a calculator to check what impact the current changes will make on members pensions, this will be out shortly, but in the meantime this modeller website developed by Neil Davies and Gibran Hemani might be helpful (http://www.uss-pension-model.com/).

We don’t expect USS members to have time to unpick the details and, even with the support of UCU and other pension reps, we are struggling. However we do want to talk to you and hear from you all. In light of the huge levels of damage likely to future pensions, we face the likelihood of having to fight again to protect the principle of defined benefits – in order to ensure that we receive pensions that reflect the money we have paid into the scheme throughout our working lives. In addition to your views on the valuation, therefore, we need to know what kinds of action you would support.

Please email committee@keeleucu.co.uk with your thoughts.